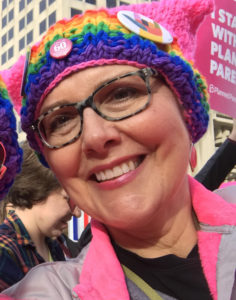 With my daughter and two old and dear friends, I attended

the Women’s March in Indianapolis. Everyone in our group was wearing a hat I had knitted. My daughter and I wore pink hats with rainbow brims in support of the LGBTQ community. One of the speakers on the Capitol steps was wearing a hat I had knit for her. We received so many compliments on our hats that I started taking orders at the rally, women texting me their requests and addresses. I completed each hat based on their promise to donate to Planned Parenthood, ACLU, Indiana Youth Group (a community center for LGBTQ youth), or a local agency benefiting women.

Last week I was informed that the hat I wore at the Indianapolis rally (pictured right) will be included in an exhibit on the pussyhat movement at the Fuller Museum of Crafts in Brockton, MA. What an honor!

Since then, I have completed 22 hats, each with customized touches, including a favorite color, a rainbow stripe, and a matching mother-daughter set. I’ve just started creating white “Snowflake” hats in the response to the Alt-Right slur and the climate change deniers. When snowflakes unite, they create an avalanche, y’all. And…science!

If you are interested in a customized hat, please contact me at kate@tattooednana.com. Once I have electronic verification of your donation to an organization that supports equal human rights, I’ll get to work. The verification is simply for my records, as I am keeping track of where the donations go. I don’t need to know the amount.  All I need in terms of reimbursement is $2.50 per hat for mailing if you live outside the greater Indianapolis area.

And if you’d like to join me in the effort and knit, please let me know! Orders are still coming in. 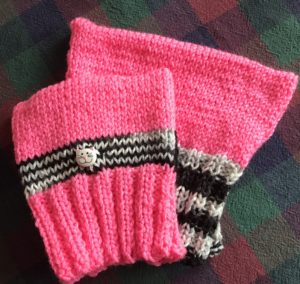 A zebra stripe mother-daughter set. I couldn’t resist putting the kitty face button on the little girl’s hat – advising mom to make the final decision about what might be a choking hazard. Safety first! 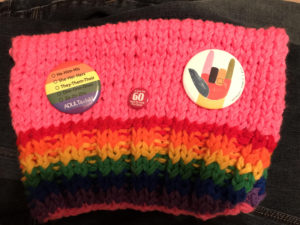 The hat I wore at the Indianapolis rally which is now at the Fuller Museum. 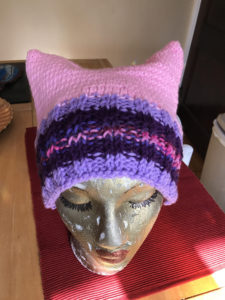 A special order for a special lady who loves purple. 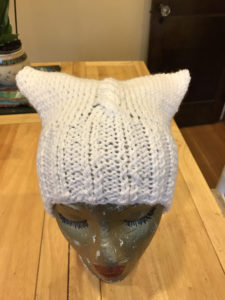 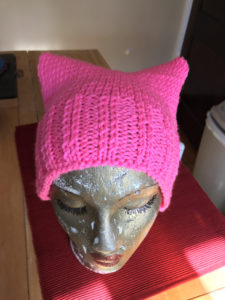 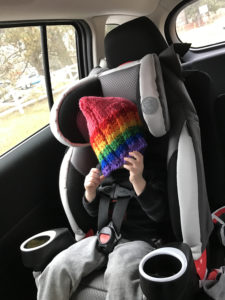 My grandson playing peek-a-boo in his mommy’s hat. 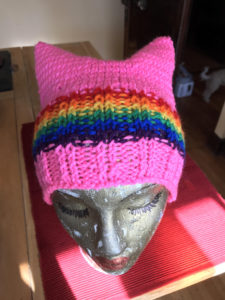 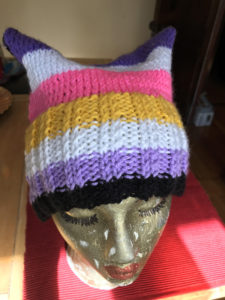 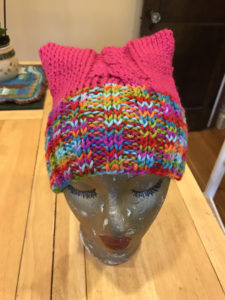 Hat for a woman who likes things bright! 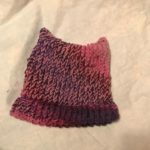 One of my first hats, worn by my friend Annette who spoke at the Indianapolis rally. Now I’m teaching her to knit!